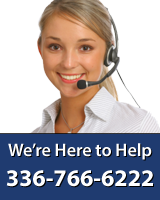 Whenever a termite ingests or touches Termidor, it, in effect, becomes a "carrier", transferring Termidor to every other termites in comes in contact with. These termites in turn become secondary carriers, transferring Termidor to every termite they contact--and so on throughout the colony. Because Termidor is intentionally engineered to be slow-acting, termites have ample time to spread it throughout their entire population. This unique, spiraling process is called the "Transfer Effect" and it helps
Termidor deliver devastating results by that are unmatched by any other product, including other undetectables--100% control in 3 months or less.

Better than Older Liquids, too

TERMIDOR AND IT'S "TRANSFER EFFECT"
BAIT SYSTEMS AND "RECRUITING"

Better than Bait...without the Wait

Baits can take from many months to several years to control a colony. That's because many bait systems work by "recruitment", in which termites must first discover a bait station and then recruit sufficient colony members to it as well. Only then is the termite control product added to the station. Plus, there's no guarantee termites heading for or already in your home will find the bait ststaions at all. Termidor starts working immediately and provides 100% control in three months or less.